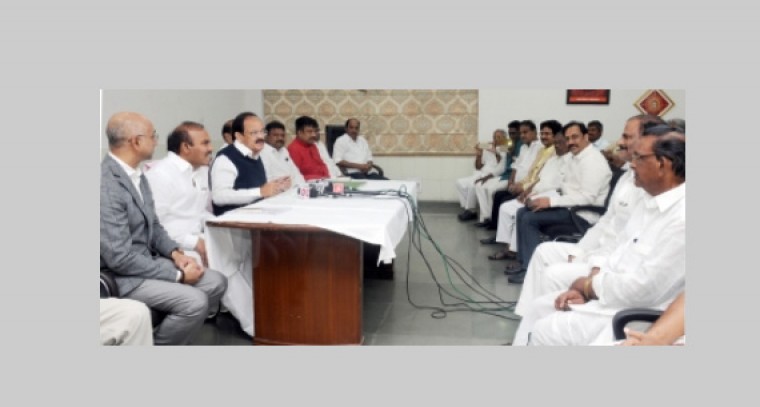 The farmers, who have been protesting for last two weeks, wrote to the President that they were betrayed on the issue of state capital and if justice can't be ensured to them they be allowed to kill themselves.

They said Chief Minister Y.S. Jagan Mohan Reddy's decision to have three state capital has thrown them on to the roads.

"There is nobody to hear our voice and police are even booking attempt to murder cases against us," they wrote.

The farmers alleged that after coming to power Jagan Mohan Reddy changed his stand on the state capital. They said the decision of YSR Congress Party government has put a question mark on the future of their children.

They said though they had been staging protest for 14 days, no one was bothered about their plight. They also complained that those questioning YSRCP leaders were being targeted.

Farmers of 29 villages, who had given 33,000 acres of land for building state capital in Amaravati in 2015, have been staging protests ever since Jagan Mohan Reddy mooted the idea of three capitals.

An experts' committee recommended to the government to develop Visakhapatnam as administrative capital and Kurnool as judicial capital while keeping only Assembly and Raj Bhavan in Amaravati.

The government on Sunday set up a high-power committee to study the report of experts' panel and submit a report in three weeks. It said a final decision on decentralized development of the state would be taken after receipt of the report.